Released through Sub Pop records SUGAREGG will be added to a list of infamous album releases under the label including Nirvana’s Bleach, Foals’ Total Life Forever, and Mudhoney’s self-titled debut. Bully really is in great company.

2017’s second release Losing, seems like a life time ago. It dealt with the upheaval of all the changes Alicia Bognanno and her band were going through, SUGAREGG sees her very much out of the other side, galvanised to take the genre of indie rock by the lapels and launch it into outer space. This is a grunge-driven, bass-heavy, paradise.

SUGAREGG differs from her first two albums for many reasons. For a start Bognanno split with her long-term band mates during the writing process. Where she self recorded and produced her first two albums, for this one she worked with producer John Congleton (Honeyblood, Phoebe Bridgers, St.Vincent). 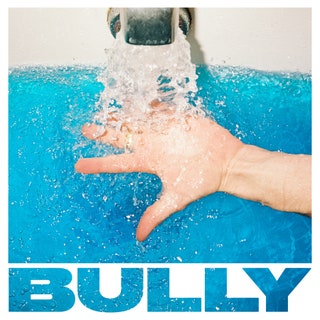 “I decided to ask for help recording the record and to give up that responsibility, because I didn’t feel like it was the best decision for the music [to self-produce]. Both the music and the engineering aspect were being compromised when I forced myself to do both on the last two records. If you stay in your comfort zone, you can only learn so much… I could fully focus on the music,”  Bognanno told NME in a recent interview.

On 1 May, as a window into SUGAREGG’s influences, Bully released covers of Nirvana’s ‘About A Girl’ and Orville Peck’s ‘Turn To Hate’, a bold move by any standards, but with the injection of her rocket fuelled energy, she breathed new life into these iconic tracks.

The album commences with the slow intro of  ‘Add It On’ which soon picks up with a lightening speed pace. “I’m not angry any more” Bognanno screams over blistering guitar riffs.

Previous single ‘Prism’ is another stand out track, as is ‘Stuck in Your Head’ as she sings, “Oh yeah I just wanted to pick up the tempo”. She has done exactly that.

‘Hours and Hours’ has a bassline to die for, no exaggeration.  “I’m not angry anymore, I’m not holding onto it,” Bognanno sings as she lets go of her past and strives forwards.

SUGAREGG is a record from an artist more self assured than ever before. Eschewing the paranoia and anxiety felt in previous releases, this third album from Bully is a tempest of personal empowerment, growth, and controlled chaos.